There are so many ways to get involved in the theater productions at Vega  The campers who take theater as an activity get to rehearse with their friends and our fun, professional theater staff.  For those interested in behind-the-scenes production, set design and stage crew provide hands-on experience in designing and creating sets and costumes, and working as stage crew during performance.  The shows culminate in evening performances for the Vega community, which highlight everyone’s hard work and dedication. The eager, Vega audience is quick to show their delight, support and appreciation though thunderous cheers and applause.

On a small Greek island, Sophie dreams of a perfect wedding — one which includes her father giving her away. The problem? Sophie doesn’t know who he is! Her mother Donna, the former lead singer of the 1970s pop group Donna and the Dynamos, refuses to talk about the past, so Sophie decides to take matters into her own hands. Sneaking a peek in her mother’s old diaries, she discovers three possible fathers: Sam, Bill, and Harry. She secretly invites all three to the wedding, convinced that she’ll know her father when she sees him. But when all three turn up, it may not be as clear as she thought! Told through the legendary music of ABBA, Mamma Mia! has become a worldwide sensation that has audiences everywhere dancing. 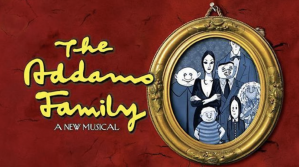 They’re creepy and they’re kooky, come join us in the lodge as we divulge into the Addams Family Musical, based off of the movie’s beloved characters. It’s a dismal day at the Addams family’s manse, with the ever-approaching storm clouds reflecting the gloomy atmosphere that has beset the household. Daughter Wednesday, now eighteen years old, has found herself experiencing a surprising new sensation, one that frightens both her and her family: she has fallen in love. Lucas Beineke, the object of her affections, comes from a seemingly normal family, and he and his parents Mal and Alice are on their way to the Addams’ estate to become better acquainted with the family over dinner. Brother Pugsley, who has been largely ignored since Wednesday’s involvement with Lucas, begins to miss the attention his sister previously paid to him and pleads with her to torture him once more. Meanwhile, mother Morticia finds herself conflicted over her ever-maturing daughter’s newfound feelings, while oblivious father Gomez simply wishes things would remain the way they were. As they learn to relate to the Beinekes and cope with Wednesday’s romance, one thing is certain: the Addams family will never be the same. 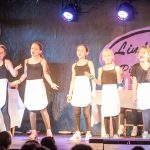 Join us for our 3rd Annual Junior Showcase where our campers will get to sing, dance, and perform onstage to various Broadway hits. This year’s show includes songs from Anastasia, Aladdin, Little Shop of Horrors, Annie, Oliver!, and Sweeney Todd. During activity periods, girls will be able to harness their acting skills and be ready to shine on the stage for their big performance. Whether it’s your first time performing onstage or your millionth, the junior showcase is the perfect activity period to show your talent to the rest of camp!