Vega has always had a fantastic theater program and we are already excited about what our campers will bring to each show with their acting, dance and vocal skills. We are proud to announce our summer lineup for this years theater program:

A title known the world over, Elf The Musical is a holiday show that has quickly become favorite.  Buddy, a young orphan,

mistakenly crawls into Santa’s bag of gifts and is transported to the North Pole. The would-be elf is raised, unaware that he is actually a human, until his enormous size and poor toy-making abilities cause him to face the truth. With Santa’s permission, Buddy embarks on a journey to New York City to find his birth father and discover his true identity. Faced with the harsh reality that his father is on the naughty list and that his half-brother doesn’t even believe in Santa, Buddy is determined to win over his new family and help New York remember the true meaning of Christmas.  This modern-day holiday classic is sure to make everyone embrace their inner elf! 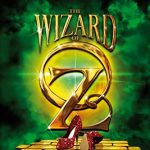 down that fabled road of yellow brick in The Wizard of Oz.

After a tornado whisks her away to the magical land of Oz, young Dorothy Gale teams up with a Scarecrow, a Tin Woodsman and a Cowardly Lion to find the mighty Wizard of Oz, who can send her home. Along the way, they must avoid the clutches of the Wicked Witch of the West, who is trying to steal the mysterious magic slippers that once belonged to her evil sister… but are now on Dorothy’s feet. Dorothy eventually learns just how magical friendship can be and how wonderful it can feel to go home again.

We are thrilled to be hosting our 4th annual Junior Showcase, where our multi-talented campers will sing and dance to a variety of Disney classics originally performed by strong Princesses.

Princess’s do more than just fall in love. In the Junior Showcase, our campers will don their crowns and prove the princesses turn into queens and queens can run the world. With songs from Moana, Tangled, and Brave, be ready for a night of stories of strong woman told by strong girls.