We are back with a new post and have been busy with activities, special events and more! 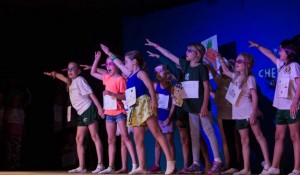 Junior Camp recently finished up their Olympic Junior Airband, which ranged from cute to funny.  Several of the Super Junior cabins had the crowd laughing.  Acadia and Pemaquid took 1st and 2nd places and the scoring for Airband ended up in a tie.  The other Olympic Event a few nights ago is an epic camp favorite:  Capture The Flag.  The best part about Capture The Flag at Vega is the vast terrain which includes fields, forests and buildings.  Campers were bobbing and weaving trying to get their teammates out of jail and capture the opponent’s flag.  Fortunately, White came away with the majority of points and they sure needed it.  Green currently holds the lead, but only by two points! 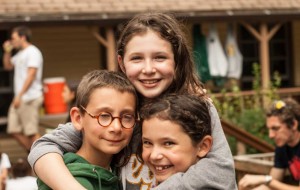 We also hosted our annual Derby Day, where we invite brothers and cousins from all of the camps in the area.  One reason why Derby Day is such a great event is because of all of the amazing camps in Maine, which leads to a great crowd.   The girls and their guests enjoyed all of inflatable rides along with treats like the snow cone machine and cotton candy machine.  The girls did decide to that they wanted to show the boys who were boss and joined forces to defeat any of the boys who dared enter the Vegaga arena.

Yesterday was also the 20th annual Vega Classic.  Girls arrived at the front gate at 7:30 for a quick s

tretch and then the race was on.  The race is open to anyone and everyone who wants to participate.  Junior camp run one mile and the senior camp and counselors ran (or walked) a 3 mile race down Echo Lake Rd and back to the front gate.

« Summer Camp Community Service » Back in The Groove