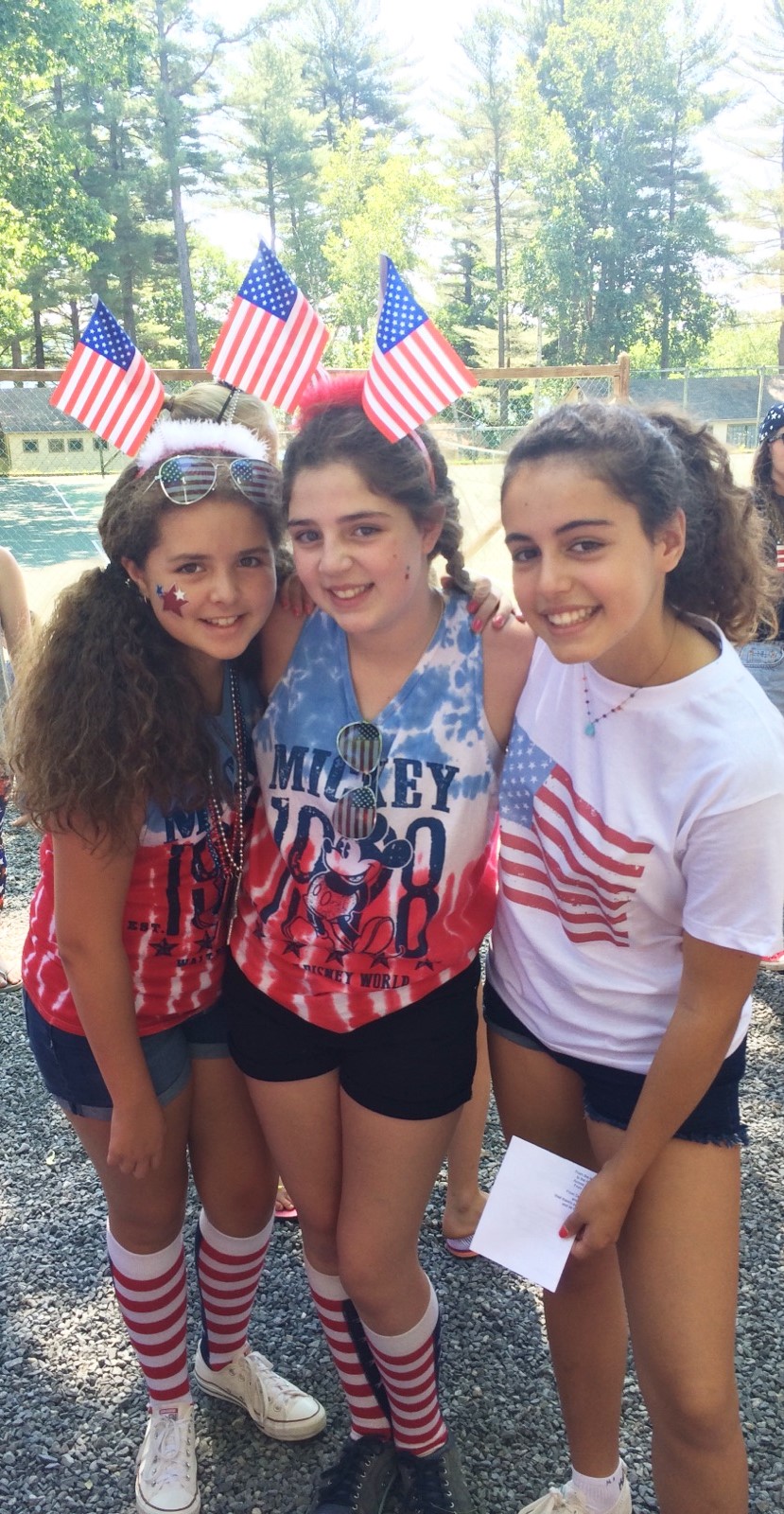 As the sun rose over Echo Lake, so did the the campers to don their red, whites and blues. From tutu’s to full body suits, Vega campers always find new ways to celebrate their independence and love for their country through fun and creativity. The bell for breakfast, paired with the exciting sounds of patriotic music invites campers to a festive, fun filled day!

Dressed to impress in red, white and blue, the dining hall is lined with balloons and streamers decorating the rafters. Vega campers enter the dining hall for the much awaited Fourth of July breakfast. Chocolate chip pancakes, strawberries, blueberries, and the game changing whipped cream line the buffet carts awaiting the eager campers and staff. After a fun, and traditional, smearing of whipped cream on your best friend’s nose, the tables are cleared, the pictures are taken and there’s only one place to go from there.

One of Vega’s most anticipated events, egg toss takes place in front of Tamary on the rock pathway.  Older campers find a partner and younger campers are assigned a partner, and then they receive one egg. Age group by age group campers line up to test their skills. The rules are easy: toss it until someone breaks it. Each age group has a team that comes out on top winning the coveted prize of first in line at the sundae bar.

After a quick dip in the lake, lunch is served in the sunshine with American music blasting over the excited murmur of an afternoon at the waterfront. With kayaking, paddleboarding, tubing, swimming, water zipping and beach activities offered for the holiday afternoon, the campers have no choice but to have the time of their lives.

What is The Fourth of July without a good old fashioned cook out? Bunkles and counselors gather cookout baskets and the sweet smell of campfire smoke mingles with the melodies of cheerful chatter. A massive sundae bar followed the cookout along with Camp Vega’s famous fireworks display that draws in a hefty crowd of Echo Lake locals.

Lining the banks of Echo Lake, singing along with their sisters and watching the moon rise over the lake, campers sit with faces lifted to the sky. With each boom and crackle comes another “ohh” and “aww” as the night momentarily becomes day. As the smoke settles, and stillness returns, campers settle in, cozying into their beds and dreaming of next year’s Fourth of July.

« The Start of Olympics » Beach Day!