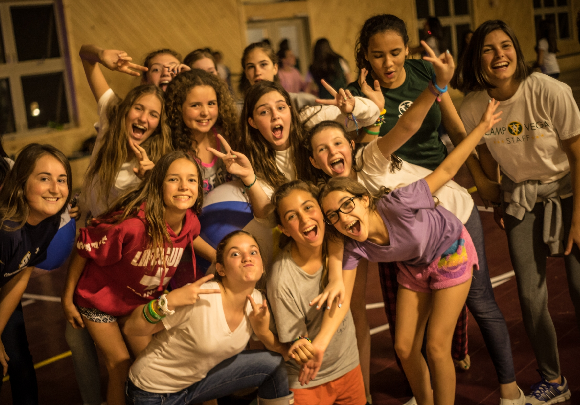 One camp.
One champ.

What some camps might call color war, we here at Camp Vega call Olympics. Started in 1960, this ongoing summer event has become a cornerstone in the Vega foundation. Divided into Team Green and Team White, campers spend the next six weeks competing for Olympic points. With competitions ranging from basketball to swimming to more obscure events like the noodle hunt and airband both teams will be striving for all the points and all the bragging rights.

Camp Vega Olympics begins with the Olympic break. Kept a secret from everyone but the organizing Tamary and program directors, Olympic break is filled with excitement and intensity as the team generals and co-generals make their way, very fashionably, into camp. This year’s team generals drove into camp in an ice cream truck stocked to the brim with sweet treats. They were followed closely on ATV’s by the co-generals. Girls grabbed their ice creams and filed into the new field house that was bumping with tunes and light displays. The teams were read, the stage was set. The Vega Olympics are under way.

First order of business: Olympic sunset circle. With green team and white team sporting their respective colors, campers will file in to sunset circle to the familiar melody of the Olympic Games. The torch bearer will light the fire and speak the traditional words. Generals will speak words of kindness and encouragement to their fellow Olympic leaders as teams watch eagerly in support of their new leaders.

The summer will then consist of Olympic athletics and Olympic specialties. Events like Apache relay, water brigade, Olympic sing, and capture the flag are some of the most anticipated moments of the summer. All of this leading up to a final green and white banquet where the closing speeches are read, the numbers are tallied and a winner for 2016 is announced.

Olympics not only adds a safe, healthy element of competition for Vega campers but it also builds bonds and aides in the discovery of courage, leadership and pride. Camp Vega Olympics is not only a tradition but it is where tradition begins. It is where songs are learned and songs are sung. It is where green and whi 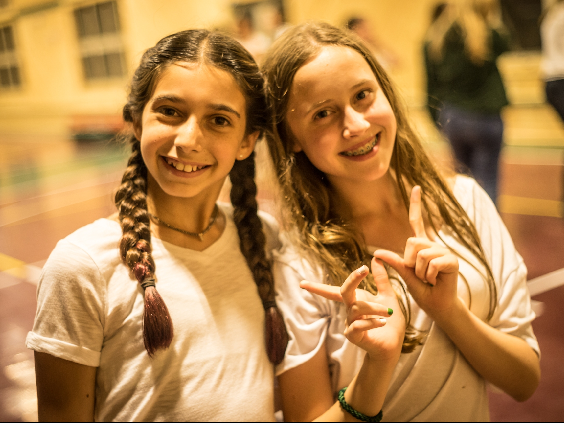 te unite under the Vega flag to celebrate sportsmanship and sisterhood.