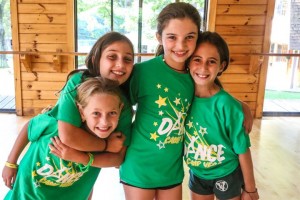 Wow has it been a busy week at Vega! Where to begin?!

On Sunday the morning started out with the Vega Classic, our annual 3 mile run. After a pajama breakfast (who doesn’t want to eat in their pajamas?!) we started Derby Day! Derby Day is our traditional brother/sister/cousin day. For an afternoon, family members and friends from surrounding summer camps come to spend the day with our campers. On the agenda for the afternoon was an inflatable obstacle course, dunk tank, snow cones and cotton candy! That evening was Sunset Circle. This was an extra special event because campers and staff alike received their 6 year vests and 8 year jackets. This is an amazing accomplishment because it signifies the number of years one has been at Camp Vega.

Tuesday the campers were off to Funtown Splashtown in Saco, Maine. Everyone loves a good amusement park and we know the girls had a blast. Wednesday night the Tamary girls took to the stage for their production of “Camp Rock.” These girls worked hard to put on one hilarious show. Do we have future actresses on our hands?? We think so!

After a jam-packed week (did we mention we had a horseshow here too?), the girls could not have been more excited for Visiting Day! Parents and campers alike enjoyed all the activities Vega has to offer yesterday and are in store for even more fun today! 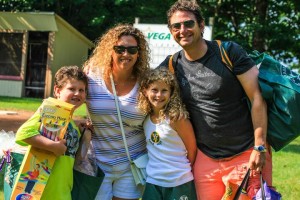 « Our very own Birthday Bash! » The Start of Something New