Vega’s theater program continues to grow leaps and bounds and we are proud to announce our summer lineup of theater shows for 2020.  We can hardly wait to see what our campers will bring to each show with their acting, dance and vocal skills on the newly updated Vega stage! 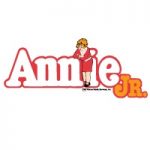 With equal measures pluck and positivity, little orphan Annie charms everyone’s hearts despite a next-to-nothing start in 1930’s New York City. Annie is determined to find the parents who abandoned her years ago on the doorstep on an orphanage run by Miss Hannigan. Annie eventually foils Miss Hannigan’s evil plans, finding a new home and family in billionaire Oliver Warbuck’s, his personal secretary, Grace Farrell and a lovable mutt named Sandy. Expect some special guest appearances in this well loved show! 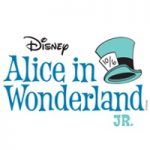 The ever-curios Alice’s journey begins innocently enough as she chases the White Rabbit. Her adventures become increasingly more strange as she races the Dodo Bird, gets tied up with Tweedle Dee and Tweedle Dum, rap with a bubble-blowing Caterpillar and beats the Queen of Hearts at her own game! 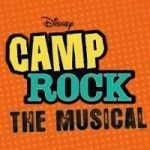 A classic story of rivalry and power, Camp Rock The Musical opens with Mitchie and her friends arriving at Camp Rock, ready to spend another summer jamming out and having the time of their lives. But the new, flashy Camp Star across the lake now threatens Camp Rock’s very existence. To keep the doors open, Mitchie steps up, rallies her fellow Camp Rockers and gets them into top shape for the ultimate showdown!

Based on the popular 2004 movie, Mean Girls is the story of Cady Heron, the new girl in high school after her family moves to the US. Her new friends warn her to stay clear of the ‘Plastics’, an apex trio of beautiful yet shallow girls skilled in the art of social ridicule. The Plastics like Cady, but as new friendships are forged, a scheme is revealed, and Cady risks becoming yet another mean girl.

« The Fine Art of Woodworking » Lodge Expansions, Renovations and Upgrades!!!