Reflections of a Vega Staff Member 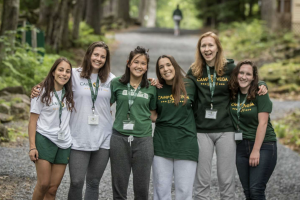 There is a saying that a camp is only as good as its staff. We know this is true, and are honored and fortunate to have the most amazing people dedicate themselves to Vega every summer. As we begin putting our team together for next summer, we can sometimes find it hard to illustrate just how beautiful and powerful a summer at Camp Vega can be. We received the following letter from a two-year veteran, who was kind enough to allow us to share it. We hope you enjoy it, and share it with anyone who has either spent a summer at camp, or who is considering doing so.

Dear Kyle, Emily, and everybody who takes care of this incredible place called Vega,

Now that the summer of 2017 is officially over and you guys start preparing for the upcoming summer, I can finally write you my sincere thoughts about Vega.

When I embarked in this world in 2016 I was completely unsure what to expect, but deep inside, ever since my interview with Kyle, I knew something amazing was waiting for me on the other side of the road. Actually, I apologize, because amazing doesn’t come near to the best word to describe it. Maybe by the end of this letter I will have come up with a better word, if my English allows me.

When I got picked up at the bus station by no other than the great Shannon, I thought to myself “is it just her that is super nice or is everybody in this place like this?” I doubted myself during the whole drive from Portland to Fayette, from living in this messed up world, I knew it would be impossible to find more than 10 people who were that nice in one single place, and by 10 I was being positive.

When we turned onto Echo Lake Road, she got excited because we were finally there, but I didn’t understand her excitement. It was pitch dark, we were in the middle of nowhere, in a state people barely talk about, but she claimed that if I looked to my right, I’d see a beautiful lake (at this point I thought she was crazy). As we approached the camp entrance, she told us that if we looked hard enough, we would see that giant white Vega sign that we saw in the pictures from the website, and I barely saw it, but it was there, to welcome us.

I still remember my first night at camp, as I slept in the corner of Mohegan. I was cold and scared, and it took me a while to fall asleep. I was wondering to myself what was going to happen from that day on. I was wondering if I did the right choice by agreeing to be a camp counselor. And it only took me one look at Echo Lake the next morning to relax and believe that everything was going to be fine. And just like that, in a short period of time, all my questions from the first drive to camp and the first night in the cold cabin were answered.

This year, when we were on our way to camp, at night time again, I finally understood the excitement I experienced from Shannon. The drive was longer, because the expectation was way bigger, after all, I was coming back home after a long 10 month wait. And turning into Echo Lake Road was the best feeling in the world. If in 2016 I could barely look to my right into the pitch black so called Lake, in 2017 I couldn’t take my eyes off of it, even though I could still not see a thing, I knew that right there was the most pretty Lake I’ve ever seen, and the first sign that I was finally back home.

You guys helped create a safe place for so many girls, a place where it is impossible to think about the outside world and not live in the moment. Walking around the Vega land gives you strength to keep going no matter the adversities. Watching the girls play with each other and with counselors gives you energy to become a better person. Experiencing different cultures and coming together to build a summer home to so many people gives you hope of a better world.

I still haven’t figured out the magic of this place. I still wonder if what makes it so special are the endless sunny days, where every ray of sunshine fulfills your soul, or if it is the rainy days, where every drop washes off the pain to a brand new start, or if it is a combination of both, where during a musical performance, we can be blessed by the most amazing rainbows right above the lake. But maybe not knowing what it is that keep making people come back year after year is the secret.

I said I was going to try to find another word to describe Vega, but I can’t, because the only word that can describe it is the name itself. And that is why it’s hard to explain to people the importance of this place and what makes it so special, because Vega is so Vega, and those who never experienced it, will never understand the true meaning of the word.

With love, somebody who will always be a camp counselor at heart, thanks to everybody who crossed my path during these 2 summers. 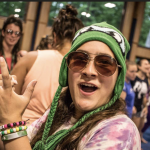 Ana Fukanaga, getting into it at Tug-of-War